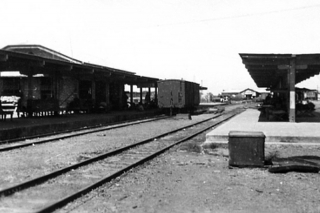 The Manila to Dagupan railway was the first mainline built in the Philippines. Serving the northern part of central Luzon, the cornerstone was laid at the lovely station of Tutuban, in the Tondo district of Manila, on July 31, 1887. In March 1891 the first section was completed to Bagbag, a distance of 45 kilometres. This was followed by the next section to Mabalacat, in the region of the later notorious Angeles City in February 1892, and finally completed to Dagupan in November 1892.

Construction was of a high standard with decorative iron bridges, and stations were of a two story uniform design. The brick bases for the offices were massive 60 centimetre thick walls, with a wooden station master’s residence above, in carved traditional Spanish – Philippine architecture with all the artistic touches. Tutuban and Dagupan were head end terminals, and larger examples could be found at San Fernando Pampanga and Tarlac. Tutuban also had a large trainshed, again the columns were cast in a stylistic fashion.

Damage was suffered to many bridges and stations during the Philippine American war, however once this was over new branches begun to be added to the network. Dau to Magalang was opened in December 1907, and the Carmen branch from San Fernando Pampanga to Guagua opened in Nov 1907, and in 1908 was extended to Floridablanca.

A branch from Panigui to Cayapo opened 1908, and then went further northwards to Rosales in 1912. At Bigaa the long north east line to Cabanatuan commenced in 1903, and by December 1905 was in full operation. The northern main line began to be extended, and made it as far as San Fabian in 1908. Here an abortive attempt to reach the highlands town of Baguio only arrived at a location known as Camp one a short distance to the east.

By 1938 the main line had reached San Fernando La Union in various stages, which at Bauang also included the longest bridge on the network built in 1929. The station buildings reflected the slow moving expansion in their variety of designs.

Tarlac has also recieved a branch to the north east, running to Munoz in 1932, and later to San Jose in 1939.
The year of 1938 was also important as this when they held the inauguration of the unified system, one could travel in comfort and ease from Legaspi in the far south, to Manila, and then north to San Fernando La Union in well built passenger coaches, and in a timely manner. At various junctions the connections from the branches waited, and at the magnificent station of Damortis, cars and coaches, took the discerning traveller to the hill resort of Baguio.

And then came World War Two. As usual in such tragic events all the destructive chaos took place, however the Japanese extended the line from San Fernando La Union another 40 kilometres northwards to Sudipen. The did not survive under the US Army following victory, much was striped out and reused elsewhere to repair damage.

The years that followed were not kind, a very slow decay set in, promised extensions were planned, or even commenced, but never finished. Rumour has it tunnels lay in the mountains below Baguio, dug for a Swiss style rack line to join near Damortis. The over 300 kilometre long extension from the San Jose to Tarlac branch to Tuguegarao in the Cagayan Valley had some earthworks completed.

By the 1980s some branches had been closed, then the main line was cut back to Tarlac, and finally closed completely in 1988 from Caloocan, 10 kilometres north of Tutuban. The beautiful station at Manila Tutuban had been sold off, and the entire train shed and yard area turned into a mall. Thankfully the head end buildings have been preserved, and some iron supports incorporated into the mall area. A new office block of a station was located  a short distance named Tayuman.

Along the main line, and branches, stations and yards were taken over by squatters, built in, and around, tracks and bridges removed and stolen. From a historical perspective most stations had survived, however only four of the original mainline buildings still had the second story in existence at the cessation of services. Today, only two survive in this form, the preserved building at Tutuban as mentioned, and the last standard small station at Meycauayan, in a poor state of repair. All others range from mere shells to various adaptations to local uses.

Along the branches most have been demolished totally, with only one, or two buildings remaining. Trackage is limited to level crossings only, and the vast majority of bridges have been carried away, by either natural disasters or enterprising residents.

At present there is a plan to bring a high speed standard gauge line from Caloocan to Clark airport, which seems to be plagued by dissension and wrangling. Many squatters have been removed, the trackbed cleared, and some old stations demolished. Many people would wish the trains would return, however the costs and associated works in reconstruction are frighteningly high. It is sad fact of life that it was two hours faster to go from Dagupan to Manila in the 1930s by the finest the Manila Railroad Company had to offer, as compared to using the buses on the super highways and roads of today. 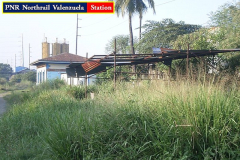 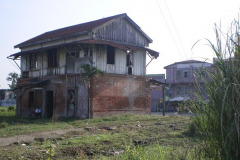 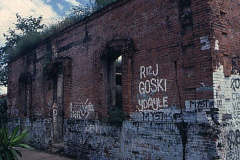 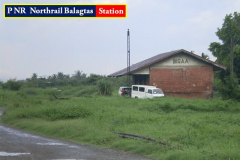 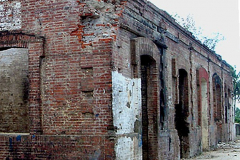 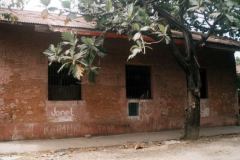 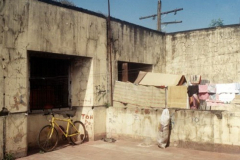 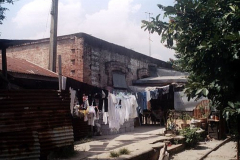 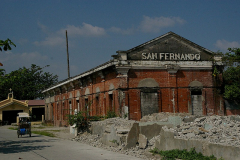 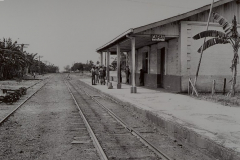 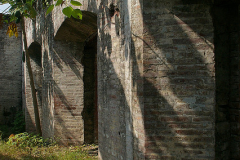 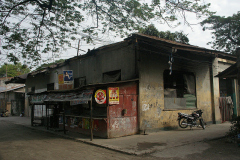 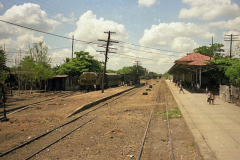 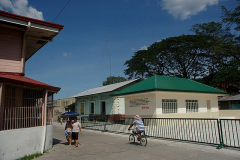 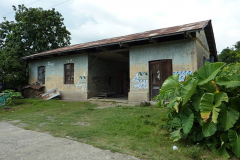